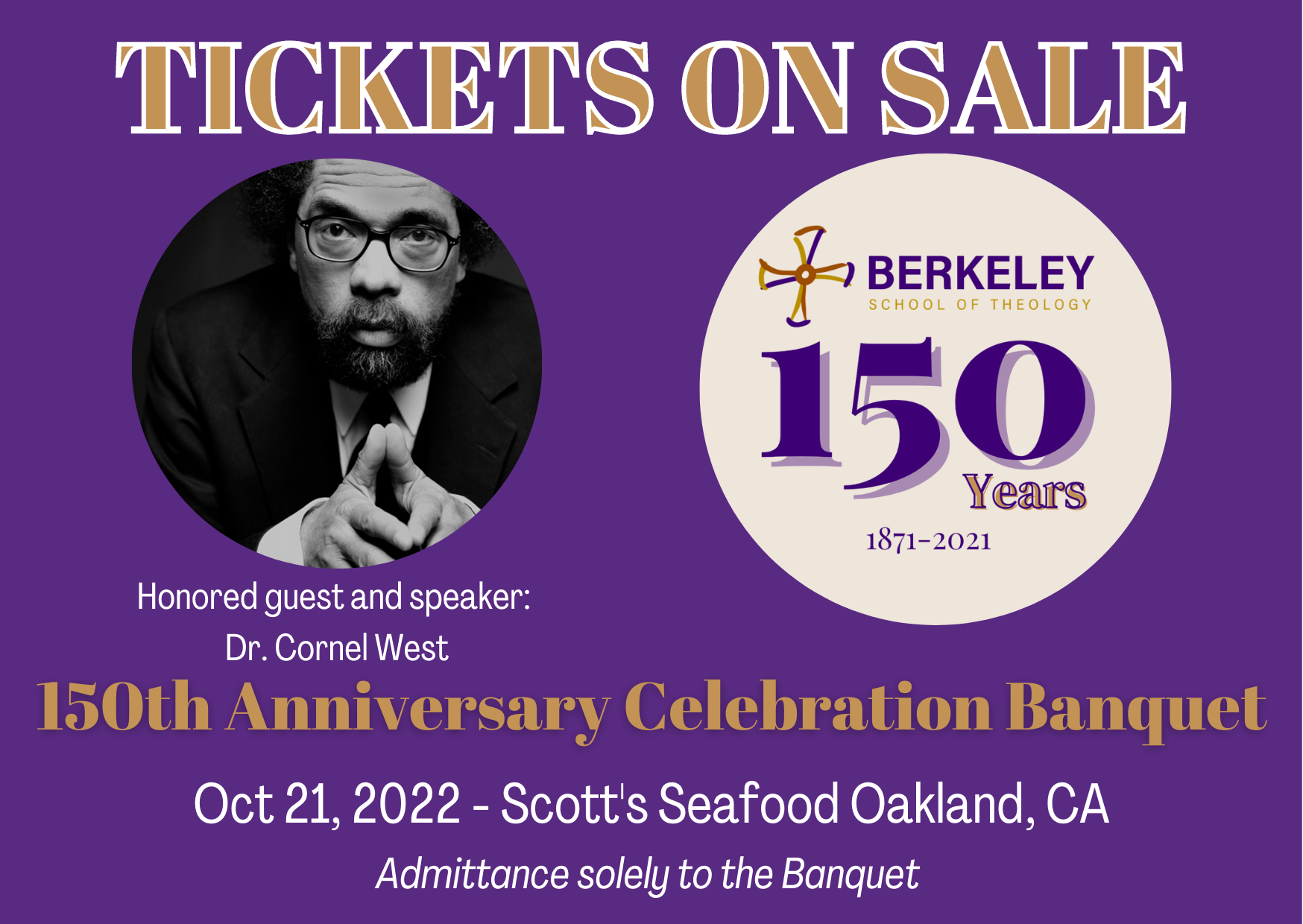 "For God is good; whose steadfast love endures forever; whose faithfulness extends to all generations."
Psalm 100:5

Admission is to the BANQUET ONLY. For Alumni Reunion events on BST's campus, please purchase tickets SEPARATELY. Tickets will go on sale at the beginning of August and cost $75 for tacos on Thursday, two continental breakfasts and two lunches. For the tentative schedule, please visit the Alumni Reunion Events page on our website.

5:30 PM   Reception in the Harborview Room
6:15 PM   Banquet
8:30 PM   Conclusion
Ticket cost for the evening includes: admittance the to 150th Anniversary Celebration Banquet; one drink ticket at the reception; and a three-course meal. 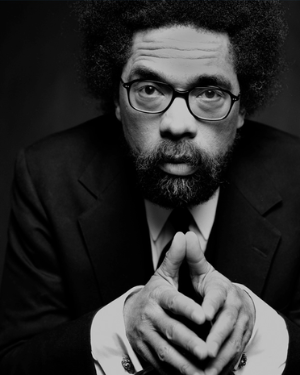 Dr. Cornel West, affectionately known to many as Brother West, is the Dietrich Bonhoeffer Chair at Union Theological Seminary. Dr. West teaches on the works of Dietrich Bonhoeffer, as well as courses in Philosophy of Religion, African American Critical Thought, the classics, philosophy, politics, cultural theory, literature, and music. He has a passion to communicate to a vast variety of publics in order to keep alive the legacy of Martin Luther King, Jr. – a legacy of telling the truth and bearing witness to love and justice. Dr. West is the former Professor of the Practice of Public Philosophy at Harvard University and Professor Emeritus at Princeton University. Dr. West graduated Magna Cum Laude from Harvard in three years and obtained his M.A. and Ph.D. in Philosophy at Princeton.

“Never forget that justice is what love looks like in public.”
Dr. Cornel West

Jack London Square Garage is the closest parking to Scott's Seafood, less than one block away. Their address is 71 Broadway, Oakland, CA 94607. Scott's validates $8 for two hours and each additional 30 minutes costs $1. Unvalidated rate is $15 for eight hours.

Broadway & Embarcadero West is an underground parking structure approximately two blocks away from Scott's Seafood. Their address is 98 Broadway, Oakland, CA 94607. Parking costs $1.50 for the first hour and $1.50 every 30 minutes thereafter. Scott's validates for $0.75 off the first hour.

Washington Street and Embarcadero West Garage is about three blocks away from Scott's Seafood. Their address is 101 Washington St, Oakland, CA 94607. Scott's does not validate for this garage. The unvalidated rate is $1.25 for the first hour and $1.25 every 30 minutes after.

The Waterfront Hotel at Jack London Square is less than a five minute walk to Scott's Seafood, about one block. Their address is 10 Washington St, Oakland, CA 94607.

Admission is to the BANQUET ONLY. For Alumni Reunion events on BST's campus, please purchase tickets SEPARATELY. Tickets will go on sale at the beginning of August and cost $75 for tacos on Thursday, two continental breakfasts and two lunches. Click here for the tentative Alumni Reunion Events schedule.

If you need any assistance with registering or wish to pay by check, please contact Melissa La Bouff, Development Associate at mlabouff@bst.edu or (510) 841-1905 x227.