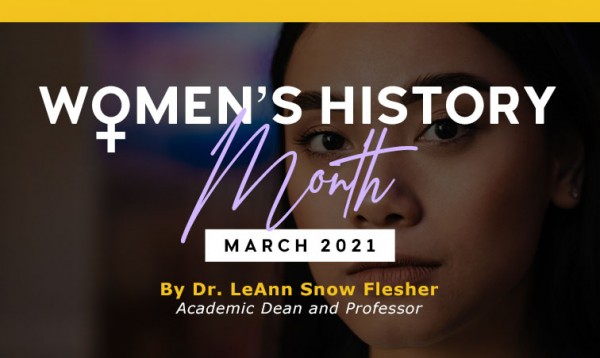 In light of the mass shooting in Atlanta last week that left 8 dead, of which seven were women and six were women of Asian descent, we wish to highlight Asian women in this week’s Women’s History Month celebration.  Significant to this mass shooting is the intersectionality of race and gender.  While this appears to be a hate crime against Asians, more specifically it is a hate crime against Asian women. It is an example of femicide.

Studies have shown that hate crimes against Asians increased 149% in 2020 thought to be due to the negative rhetoric surrounding the origins of the COVID-19 virus.  But, specifically, the mass shooting in Atlanta on March 19 is most accurately labeled a femicide against Asian women.  Femicide is a sex-based hate crime term, broadly defined as “the intentional killing of women or girls because they are female.”  Studies have shown that perpetrators of mass killings have a tendency toward femicide and that tendency is played out most often in domestic abuse situations.

Here are a few examples:

These are but three of the 26 listed in the AsianScientist article.  Powerful women changing the world through their scientific research.  Please go take a look at the article and familiarize yourself with the remaining 23.

Finally, we wish to lift before us Malala Yousafzai, a Pakistani activist for female education and the youngest Nobel Prize laureate.  Malala is known for her advocacy for the education of women and girls in northeast Pakistan, where the local Pakistani Taliban has at times banned girls from attending school. On October 9, 2012 Malala was attacked while riding on a bus by Pakistani Taliban gunman in retaliation for her activism. She was shot in the head, but survived.  The incident gained international recognition resulting in her receiving the Nobel Peace Prize in 2014.

Currently, the Malala Fund is working for a world where every girl can learn and lead.

Let us celebrate together the presence and achievements of the Asian women in our world.