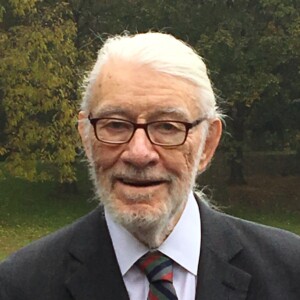 Berkeley School of Theology mourns the loss of biblical scholar and former BST professor Dr. Norman K. Gottwald. He served as a professor at BST (then BBDS) from 1965 to 1973 and also served at the GTU and sister GTU school Pacific School of Religion. He most recently served as Professor Emeritus of Biblical Studies at New York Theological Seminary. Dr. LeAnn Snow Flesher, BST academic dean, later successor to Dr. Gottwald here at BST, reflecting on his legacy in her life: “In the early 90s, while in my PhD program, I had the privilege of working with Norman as one of his teaching assistants. He was a marvelous model of solid, innovative scholarship coupled with a deep compassion for humanity, especially the marginalized. I have carried those lessons with me my entire academic career.”

Dr. Gottwald was a groundbreaking theologian most notable for his 1979 work The Tribes of Yahweh: A Sociology of the Religion of Liberated Israel, 1250-1050 B.C.E. His other writings include The Hebrew Bible: A Socio-Literary Introduction, The Hebrew Bible in Its Social World and in Ours, The Politics of Ancient Israel, and, as co-author, The Bible and Liberation: Political and Social Hermeneutics. He brought a sociological lens of study to the world of the Bible and his influence continues to be felt today.

An ordained ABCUSA minister, Rev. Gottwald was deeply involved in social justice movements all his life, while continuing to lecture and advocate for the unnoticed and underserved all around the world. “What an amazing life!,” contended Dr. Jim Brenneman, president of BST, upon hearing the news of Dr. Gottwald’s passing. “He was truly one of the greats in Older Testament studies, a first-order thinker. Like most everyone else who’s ever read his works, heard him lecture, sat in a classroom, or knew him personally, Norman shaped my own scholarship and biblical understanding in profound ways. That he was a one-time professor at BST, was truly gift of God to our students and our seminary."

May his memory and Christ’s peace bring solace to all of us at BST and beyond, and especially to his beloved wife, Laura, and their family.