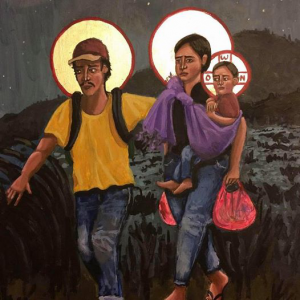 In 2016, the Nobel Prize in literature was awarded to Bob Dylan—the first musician ever to have won the prize for literature. The Nobel Committee granted him the prize for “having created new poetic expressions within the great American song tradition."

Never mind that Bob Dylan won an Academy Award and 13 Grammys out of 40 nominations for his music. Never mind that he was inducted into the Grammy Hall of Fame for his songs. Bob Dylan always claimed he was, first and foremost, a poet, not a singer. In fact, there is a photo of him early in his career holding up a big sign that reads, “I can’t sing!” He may be right, but Rolling Stone Magazine doesn’t think so. It called Dylan the seventh best singer of all time. But that voice! The great American writer John Updike described Dylan’s as “a voice to scour a skillet with.”

And yet, when I listened to Dylan sing “O Little Town of Bethlehem,” it was the first time, really, that I felt the song as the longing prayer that its lyrics suggest. In that listening, I felt the song truly ache with “the hopes and fears of all the years” in its belly. It’s the first time the vulnerability of the “little town Bethlehem” stands out against Herod’s threats, the Roman empire’s power. Stephen Webb, in a First Things article entitled “In Defense of Dylan’s Voice,” argues that in singing this song, Dylan sings “against the weakness of his [own] voice” and thus captures the weak vulnerabilities and fears of those crying out for protection and safety, today. It’s also the first time I ever heard the song end with an added final word: “Amen.” That last “Amen” underscores the song as petition, as prayer. That last “Amen” in his version of “O Little Town of Bethlehem” is poet Dylan’s gift to us.

This song, like so many of other songs of prophetic justice sung by Dylan, is a profound example of public theology at its best. At BST, our whole curriculum is geared to doing public theology, theology not hidden under a bushel, or tucked away solely for private devotion. Public theology is meant to address matters of public concern in pursuit of God’s peace and justice for all. Pregnant Mary and Joseph were, after all, doing their civic duty by returning to Bethlehem for an all-important census. In this little backwater town, a Palestinian Jewish child was born to soon-to-be refugee parents on the run. They were already counted by God, but had now come “home” to be counted by Rome.

This Advent story is far more than a sweet pageant for acting out our Christmas programs or for putting a creche beneath the tree. “O, Little Town of Bethlehem” is an inspired biblical story sung as public witness, a sacred civics lesson, that the God of time and eternity came to us as a child in a life that matters. It’s a holy revelation that a child, any child, in need of food, clothing, safety, security, nurture, and guidance counts for something. “For unto us a child is born!"

In this season wrought with pandemic concerns, with economic worries, and political strife, let us sing together these words of hope to all Bethlehems, then and now: “Yet in thy dark streets shineth the everlasting light; the hopes and fears of all the years are met in thee tonight.” May it be so, forever and always, Amen.